Get more eyeballs on your “stuff” with

Enjoy and be sure to leave me a comment below letting me know if I have missed anything!

The more mentions you include in a tweet, the higher your chances of getting a retweet. This holds true until 6 mentions; anything higher than that and there is a decrease in the number of retweets.

Multiple studies have confirmed that using links within your tweets will result in more retweets. They add interest, not to mention links to your site drive traffic and allow you to capture leads.

3. Be a Retweeter Yourself

When you’re generous with your retweets, those around you will be more likely to reciprocate. If you look to give more to others than you expect in return, the return is often greater than you expect!

5. ASK for a Retweet

You have probably already found that asking for a retweet increases the chances of getting one but did you know that actually spelling out Retweet will net you better results than using the abbreviation RT? Asking nicely (‘Please Retweet’) will help even more!

Tweets that contain links receive more retweets than those without. But research has also found that putting the link 90% of the way through your tweet increases the likelihood of getting a retweet.

If you are looking for retweets, you will want to make sure your tweet isn’t so long that people will need to edit it for retweeting. According to some research, 71-100 characters is the optimal length in terms of getting retweets. 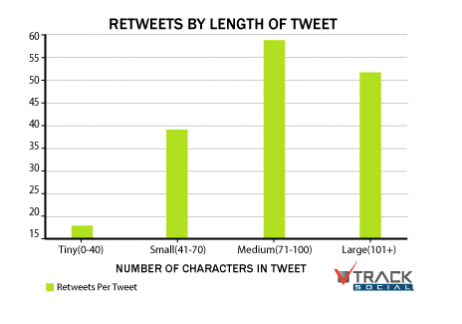 If you want the opportunity for retweets in other parts of the world, try scheduling tweets to go out while you are away or sleeping. You can schedule your tweets with a number of tools, including Hootsuite and Twuffer.

If you only have a few minutes per day to Tweet, make sure you schedule your tweets rather than posting multiple tweets in one fell swoop.

It goes without saying that if you want retweets, your content needs to be retweeable! [Tweet “Always be thinking about what your audience wants and needs to see, and you’ll increase your chances of getting retweets.”]

Having a retweet button on every page of your site is critical if you want your visitors to retweet your content. And make sure the button placement is prominent, so they don’t have to go looking for it!

Tweets with pictures receive far more retweets than those without. In fact, they receive an average of .404 retweets, compared to .0133 for those without. 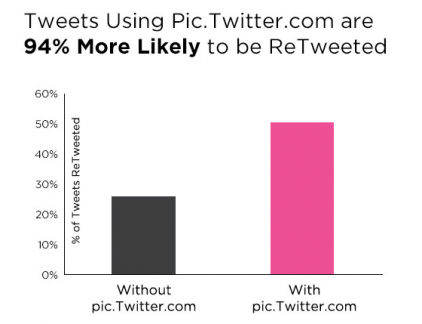 Tweeting on Sundays will increase your chances of getting a retweet, as will tweeting after work hours. Tweets sent out between 10-11pm receive more retweets than average.

Where relevant, use a number or digit within your tweet. [Tweet “Tweets containing numbers get retweeted 17% more often than those without.”]

While you may not be entirely comfortable using lots of emotion in your tweets, using exclamation marks can actually increase the likelihood of getting retweets. In fact, using 6 exclamation marks produces around 0.299 retweets, while using 9 results in around 0.484 retweets!

Tweets with a higher ratio of capital letters receive more retweets. Of course, balance this with some common sense – you probably don’t want to be TWEETING IN ALL CAPS ALL THE TIME!

17. Add, Well, Pretty Much Anything to Your Tweets

While I have covered most of these extra elements above, recent data released by Twitter confirms that adding pretty much anything ‘extra’ to your tweets will get you more retweets. Things like hashtags, digits, quotes, videos and PHOTOS! 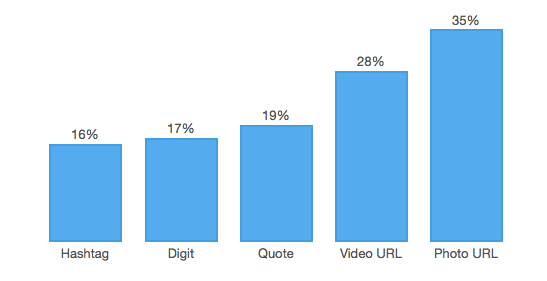 18. Don’t Talk About Yourself

Tweets that contain a self-reference are retweeted less than those that don’t. So talk more about others, about issues, about anything other than yourself!

When asked what type of content they like to retweet, respondents of one study indicated that they are most likely to retweet (these are in order of popularity):

People are more likely to retweet if your post mentions Twitter, as opposed to another social network.

Why Was That Retweeted? The Retweet Report – Trackmaven

Use Images on Twitter to Get More ReTweets – Dan Zarrella

How to Get More Retweets on Twitter – Kim Garst

What do you think? Do these tips hold true in your experience? What’s missing from this list? 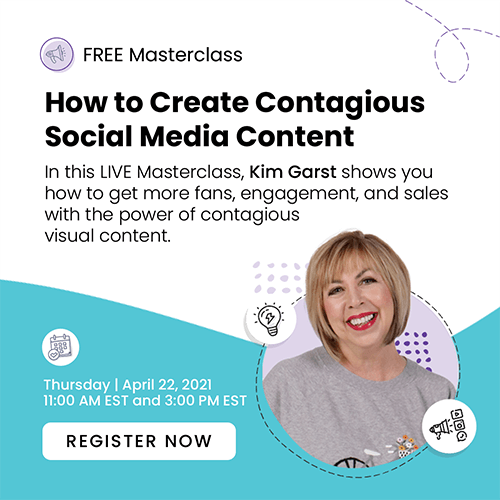 Get a plan that works to create contagious visual content that will get you MORE fans, engagement and sales!