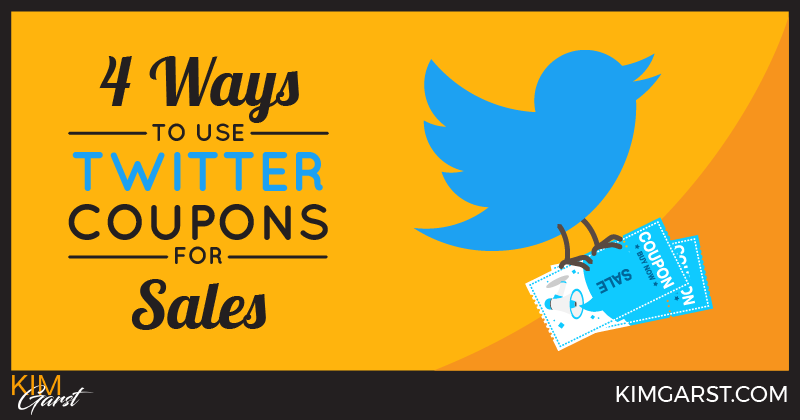 Have you ever considered using coupons as part of your Twitter strategy?

Some businesses are hesitant to offer coupons on social media for fear of being too ‘salesy’; however, according to this infographic, 43.5% of people state that they follow a brand on Twitter in order to receive special offers and deals.

Not sure where to start?

This post will walk you through 4 ways you can use Twitter coupons to increase sales and brand loyalty.

1. Offer an exclusive, ‘secret’ coupon just for your Twitter followers.

People love feeling like they’re getting something special and exclusive. Fashion accessory company Gorjana & Griffin ran a ‘sale within a sale’ for their Twitter followers, offering an additional 40% off using the coupon code ‘SECRET’.

The idea was to make the sale appear somewhat mysterious and ‘under the radar’, and to build brand loyalty among their followers.

How to use this strategy in your business: Help your Twitter followers feel special by offering them an exclusive discount via a Twitter coupon. Use an image if possible to increase clickthroughs and retweets. Make sure your coupon states that following your company on Twitter is a requirement for claiming the coupon!

2. Give away a coupon for a free sample. 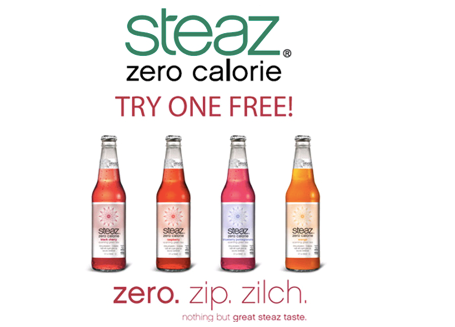 When organic tea company Steaz wanted to generate some buzz about their product, they decided to launch a social media campaign that incorporated coupons as one of its components.

During the promotion, the tea went flying off the shelves, and the company experienced a record-breaking month in terms of sales.

How to use this strategy in your business: Don’t underestimate the value of giving stuff away! I know it can be scary to offer free product, however research shows that giving away samples results in a spike in short-term sales, and increases brand loyalty over the long term.

Offer a coupon on Twitter that gives your followers a free product, no strings attached. Use an image if possible, as this will draw more attention and increase your clickthrough rates.

3. Give your coupon a short redemption period 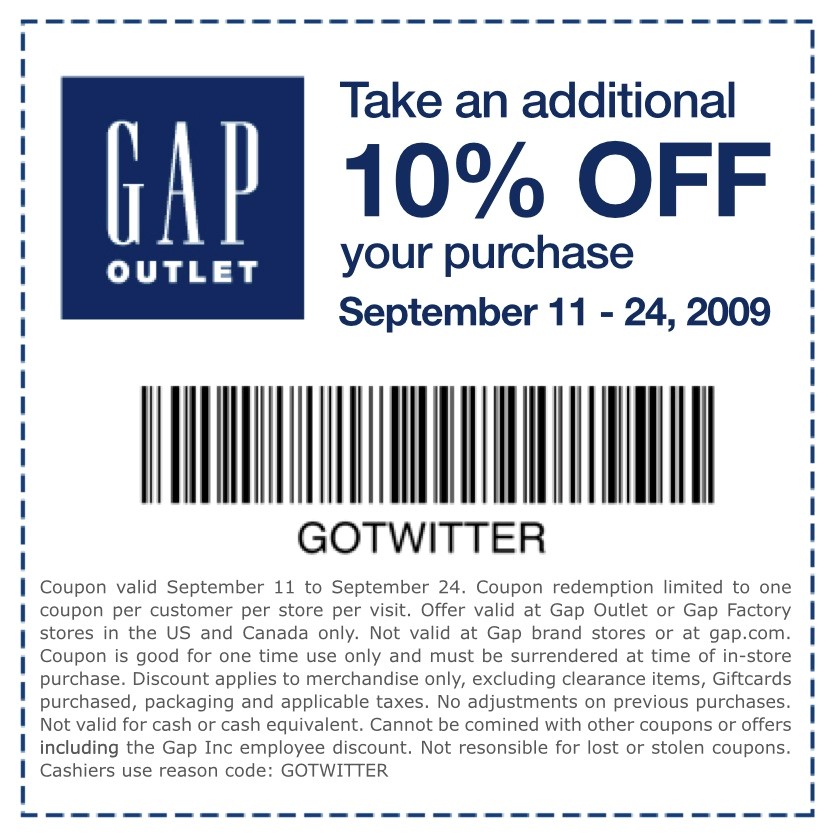 Whenever possible, it’s a good idea to put a time limit on your Twitter coupons. The idea is to drive short-term sales by increasing the sense of urgency related to the promotion.

According to a recent report released by Retail Me Not, digital coupons convey a sense of urgency and immediacy, and help tip consumers over the edge when they’re wavering on a decision. The report states: “There’s a strong human emotion and motivation to capitalize on an opportunity to save; even more so if a consumer has been wavering on a purchase. Most digital coupons are redeemed within several days, and nearly one-third are redeemed immediately.”

How to use this in your business: When offering a Twitter coupon, be sure to put a time frame on the redemption. Make sure the start date is the day of the coupon release, and goes no longer than 1-2 weeks into the future.

4. Engage with followers by asking them to PM or email you.

If you are looking to increase engagement and build that personal element into your Twitter efforts, try asking people to PM you in order to receive their coupon.

Of course this works best for small businesses, as it could easily become overwhelming for big businesses with large numbers of followers!

How to use this in your business: Better yet, set up a landing page on your site that asks for an email address in exchange for the coupon. This way you not only get increased traffic to your site, you get new subscribers and the opportunity to engage with these followers via email over the long term.

And those are your 4 ways to use Twitter coupons for your sales!

Have you tried offering coupons on Twitter? If so, what type of promotions have you run? Share with us below!

Yes you are right I agree with you it is Awesome.

Glad you got some value from this one, Jon 🙂

Glad to hear you got value from this one, Nimesh 🙂

Excellent tips Kim you explain all the 4 ways in really good way I am always ready to do some experiment in my campaigns so will definitely try your last way as its not yet tested by me 2nd and 3rd works good for my one campaign BTW I am your new reader and leaving my first comment on your blog…..

Thanks for such a nice and detailed guide. It was worth reading it. I have gone through many articles but found this one amazing

This is a great inspiring article. I am pretty much pleased with your good work. You put really very helpful information. Keep it up. Keep blogging. Your blog provides Interesting information always. Thanks for sharing the great information.

amazing tips… you made such things easy for us thank you

Wow. Great, I often use discount codes from web sites

Yes, It’s a great news about the coupons codes I really like to read it. thanks for share.

Helpful article shared! Thanks for sharing it.