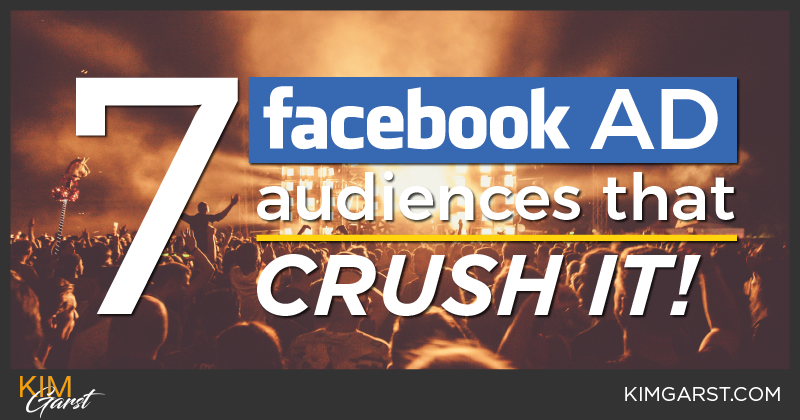 I don't care how good your offer is.

It doesn't matter how amazing your graphics are.

The best ad copy ever written will sell NOTHING…

… if you don't have the right AUDIENCE for your Facebook Ads.

After 166 individual campaigns, thousands of individual ads and hundreds of thousands of dollars in ad spend,  I can safely say that the following 7 Facebook Ad audiences consistently crush it!

Hands down, the Facebook Ad audience built from our email list consistently gets the most conversions for the least amount of money every single time.  Check out the graphic below. 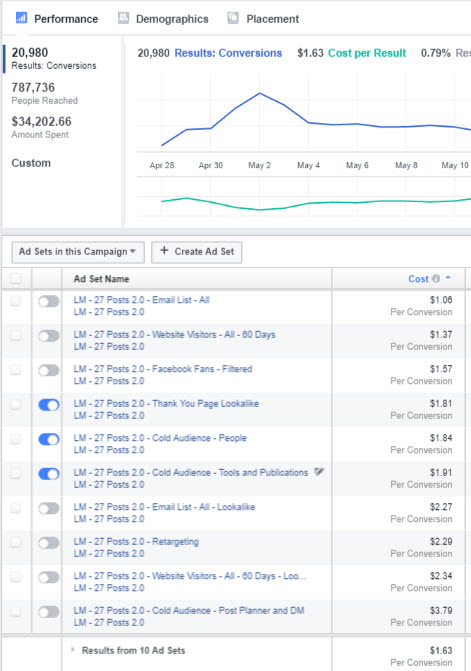 These are the actual results from a live campaign I am running right now.

I created an audience of almost 100,000 people by downloading our email subscriber list into an Excel file and uploading it to Facebook who in turn created a custom audience for me…thanks Facebook!

Shockingly, they found almost 65% of the people on our list.

At $1.09 per conversion, this audience beat the next closest audience by over 25% and had conversion costs almost 50% lower than my average.

A few days ago we launched our completely updated Ultimate Facebook Ads Jumpstart Guide to our email list. 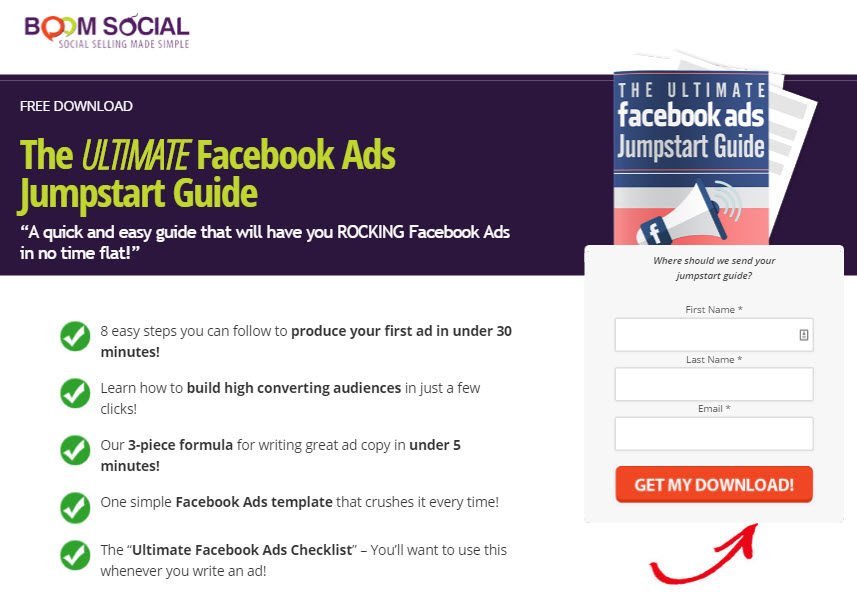 Almost 4,000 of our list subscribers wanted this amazing free guide.

After opting in they were taken to a “Thank You” page to download the pdf. I placed a pixel on that page and asked Facebook to create a custom audience out of that group of people.

Now I am obviously NOT going to send this group of people an ad since they already took the offer, but I did tell Facebook to create a “Lookalike Audience” of that audience.

Lookalike audiences are larger audiences built from people who have the same characteristics as the people in the first audience.

Think about it. What do all of the people who are in the original audience have in common?

Bingo, now I have a similar audience hundreds of times larger that I can run Facebook Ads to and scale the campaign with stunning results.

That being said, not all of them are great prospects for your offer.

I start by selecting our Facebook Fans but layer geographic, demographic and detailed targeting to create an even tighter audience of people more likely to click on the Facebook Ad.

We have 330,000+ total Facebook Fans, but many of them are not good candidates for this ad. You'll see below, with just a few clicks I was able to narrow that down to the 170,000 people over the age of 25 in English-speaking  countries.

The result is that my conversions went up and my ad costs went down because I am not wasting time or money placing an ad in front of people who are not likely to click it. 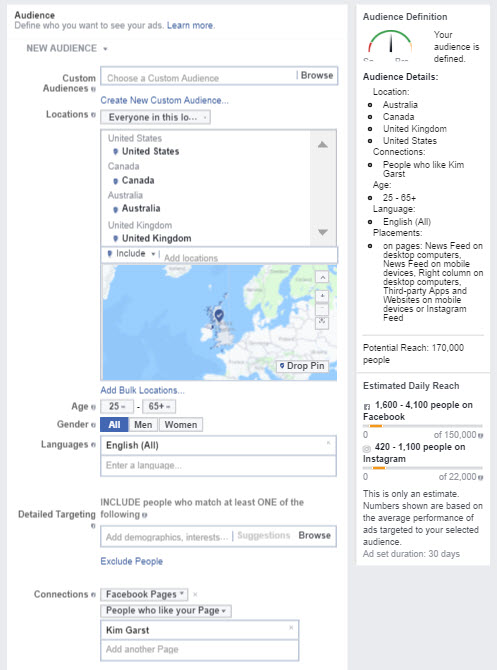 If people are interested enough in the subject to read a blog post about it, they are likely to click a an ad with something related to the same subject.

That was the logic that went into what ultimately ended up being our #4 performing audience, on average, an audience of all of the people who clicked on any blog post related to that subject.

That's how we built a super-high converting audience of 7,400 people who read one of the 6 blog posts we have written on Facebook Live.

Yep, you guessed it. If an audience of people who read a blog post about something related to one  of our offers is good, then a Lookalike Audience of the audience should also do very well.

We have proven time and again that it does.

It also allows us to scale our ad spend once we start fatiguing our original audience.

A cold audience is an audience of people who may or may not have heard of you or your company and probably have no idea what you do.

Doesn't sound too exciting of a group of people to build a Facebook audience around does it?

But, it can be if you build it properly.

In other words, we target our competitors audiences and we use Audience Insights, a free Facebook research tool to do it at a world-class level. I show you exactly how to do it in our “How to Build a Rockin' Facebook Ads Audience” post. 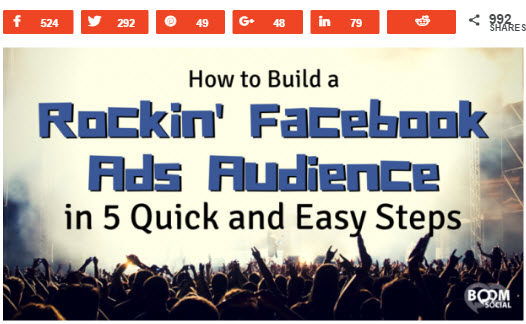 Similar to the cold audience we build around our competitors, we also build a cold audience around the tools and publications our prospects use.

Again, the concept is to find something that our ideal prospect has already demonstrated interest in that is similar to what we do.

The two cold audiences “People” and “Tools and Publications” tend to do equally well and allow us to scale our campaigns with excellent results.

So, there you have it, our top 7 performing audiences over the last 18 months. I consider each of these “successes”.

What I didn't tell you about were the nearly 3 dozen audience type failures we had along the way.

Yes, there is a learning curve with Facebook Ads. Hopefully, we have shaved a few degrees off of yours and maybe saved you some money along the way.

In that regard, as mentioned above, we recently published a brand new FREE guide, “The Ultimate Facebook Ads Jumpstart Guide”.

If you are brand new to Facebook Ads, or maybe haven't had the greatest luck with them so far, give it a read.

In it you will find several other “lessons learned” that will help you start creating high performing Facebook Ads quickly and easily.

What's YOUR top performing Facebook Ad audience? I would love to know in the comments sections below.

A BIG THANK YOU!

This is a great post! Audience is definitely everything when it comes to advertising on Facebook, as you know. And testing which audiences work well is even more of a challenge, but knowing from the get go which ones you should be focusing in on could definitely make or break the success of your ad campaigns.

Excellent insight Terry, thank you. Completely agree with you on Audience #3!