The Disasters of Social Media Marketing 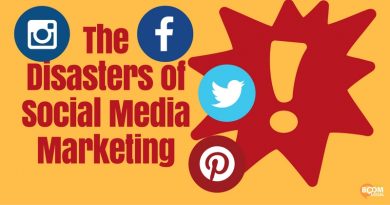 Growing up in a hick town had its advantages. There was nothing like roaming the mountains barefoot, holding a squirrel gun in one hand and a baloney sandwich in another! Ah, to be a kid again! I was reminiscing yesterday about my childhood when I remembered a story, well it's more of a descriptive story, about my bike that is relevant to what I want to share with you today in this post, and it talks about a different disaster, but is just as relevant, so if you have some extra time, I would like to share with you this little story of my childhood about a young boy growing up in the coalfield mountains of Virginia, and then I'll cleverly spin it to make a point.

The Two-Wheeled ATV My first all-terrain vehicle was a one-wheel drive, and it could take you anywhere you had nerve and guts enough to peddle it. Most of the other kids around had decent, well-mannered bicycles of distinct makes and models. Mine was a balloon-tired monster born out of wedlock halfway between the junkyard and the secondhand store. Some local fiend had built it with his own three hands and sold it to my mother for about the price of a good milk cow. For two cents, or even a used jawbreaker, I would have beaten it to death with a baseball bat, but I needed it for transportation. And transportation, then as now, was the name of the game. You could walk to some good fishing holes, all right, but when the guys you were with all rode bikes, you had to walk pretty fast.

The worst thing about “The Bike” was that you simply could not ride it in a manner that allowed you to retain any sense of dignity let alone savoir-faire. The chief reason for this was the seat was permanently adjusted for a person about six-foot-four. I was a person about five-foot-four. The proportions of the handlebars suggested strongly that they had been stolen from a tricycle belonging to a four year old midget. The result of this unhappy combination was that wherever I went on that bike my rear was always about three inches higher than my shoulder blades. I tried never to go any place on the bike where girls from school might see me, since it was difficult, if not impossible, in that position to maintain the image I was cultivating among them of a dashing, carefree playboy. The seat on the bike was of the kind usually found on European racing bikes. The principle behind the design of this seat is that the rider goes to beat hell the sooner to get off of it. The idea for heel-and-toe walking races was conceived by someone watching the users of these particular seats footing it back home after a race. To get the proper effect of one of these seats, you might spend a couple of hours sitting balanced on the end of a baseball bat-the small end. Put a doily on it for cushioning. Whatever the other guys thought of my appearance on the bike, they had respect for me. I was the fastest thing around on two wheels, thanks to that seat. The bike had a couple of little tricks it did with its chain that the Marquis de Sade would have envied. One was that it would wait until you had just started down a long, steep, curving hill and then reach up with its chain and wind your pant leg into the sprockets. This move was doubly ingenious, since the chain not only prevented you from putting on the coaster brakes, it also shackled you to a hurtling death machine. Many was the time that a streamlined kid on a bike streaked silently past cars, trucks, and motorcycles on grades where a loose roller skate could break the sound barrier. The bike's other favorite trick was to throw the chain off when you needed it the most. This usually happened when you were trying to outrun one of the timber wolves the neighbors kept for watchdogs. You would be standing up pedaling for all you were worth, leaving a trail of sweat and burned rubber two inches wide on the road behind you. The wolf would be a black snarl coming up fast to your rear. Then the chain would jump its sprocket and drop you with a crunch on the crossbar, the pedals still spinning furiously under your feet. The standard method of getting off the bike was to spring clear and let it crash. If it got the chance, it would grab you by the pant leg at the moment of ejection and drag you along to grim destruction. But I needed that bike. I needed the transportation that it was giving me. I may had not had the money to get the fancy bikes that my friends had, but when it came down to it, and granted there were problems sometimes, it got me where I needed to go!

Why Did I Tell That Story?

Even though I have plenty of funny stories like this about growing up in the mountains, they really have prepared me for the industry I'm in right now: Social media marketing. In a sense, social media marketing is just like my old bike. It can have a mind of it's own sometimes, and perhaps you may not feel that you have any control over it! All you can do is hang on and try to enjoy the bumpy ride (even though you're probably more comfortable in your lounge chair).

The Deathtrap of Social Media Marketing

Even though social sites like Facebook and Twitter won't jump out and grab your pant leg in a death grip while plummeting down a mountainside, it can still be mistaken as a place where you can be absent-minded, and feel at ease in what you're doing while you're on these platforms. I'll just tell you what I did when I first started blogging. Since social media is a prevalent place to drive traffic from, I immediately assumed that it was ok to treat it as though it was my own personal site and the people that were there, were there for me, and me alone. So I automatically assumed that I would get traffic if I simply started posting links. This is all well and good, and it IS how you can drive some respectable traffic to your website, however, don't be like I was and miss the whole point of the idea. You can literally chain yourself to a hurtling death machine if you simply paste links all over these sites without even trying to interact with people.

The benefits of building relationships: No one can really tell you how to get traffic through social media marketing strategies. They're different for everyone. However, I believe that one static truth in social media is the simple fact of building relationships with people. Don't discount the impact that a conversation will have on a person. Just simply reaching out and trading contact information with other bloggers in your niche is a great way to open up different opportunities that will lead to greater results in the future. When I first started blogging back in April of 2012, I met a pretty nice guy by the name of Jeff Bullas, and because of my lack of responsibility at reaching out to get to know him better cost me at least 6 months of opportunities with this powerhouse blogger. Just because you don't recognize their name doesn't mean that they don't have reach and pull in the social media world. One good point that I have been trying to follow, since I realized he was one of the top social media influencers, is to just be friendly to everyone! Making connections and building relationships should be the first step in your social marketing endeavor's. Heck, even the Bible got it right when it said, “A man that has friends, must show himself friendly!” I can't even begin to explain the importance of building relationships, creating friends, and making connections is to your blog!

The End Result: The end result that you want to make happen on your blog is to gain targeted followers and readers. The relationship aspect of marketing will help you do all kinds of different things because once you create a friendship with a person and let them get to know you better, I have found that more shares come out of it. So the more connections you can make on Google Plus, Facebook, and Twitter, then the more shares that will come your way eventually. Now I'm not saying that someone can't just see a great, catchy title update on social media and share it, that's a given. I'm talking about consistent sharing and curation of your content on a vast array of social media sites. One of the best ways that you can get to know people is to circle them on Google, friend them on Facebook, or follow them on Twitter and create some sort of event. A Google Hangout is a great, yet simple, way that you can get to know more people quickly and efficiently. One of the things I do is this: I created a Facebook group to get to know the people in my niche better. On a further note, aside from getting to know each other better, we have established a platform in which to share our blog posts to each other on.

In Conclusion: Even though social media may not have been created by a “local fiend with three hands”(that you know of), it can still be the place that can make you or break you in the blogging industry. Social media is The Bike, waiting at every turn to demolish your hard-earned work on these platforms. Even though I describe it as an evil fiend that chews tobacco and sells dirty magazines to kids in an alley, it really isn't. It's up to you. You have control. Getting tangled up in social marketing is just another adventure that will help you in your learning experience, and even though everyone can tell you a different strategy for what works on social media sites, there's one that will always stick out above the rest…building relationships.

Your Turn: Can you see where you have gone wrong with your social media marketing strategy? Are you wondering why no one is coming to your site, talking about you, interacting with you, etc? What are you doing to establish a good relationship with your peers? 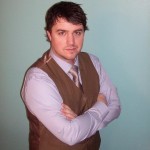 Wade Harman is a full time blogger and social media consultant. He devotes his blog to helping newbie's learn how to make money blogging through social media strategies with ideas of content curation through establishing connections, engagements, and interactions. You can find Wade Harman at BloggersMakeMoney.Com.

GET ACCESS NOW
Get FREE Access to 51 Mini Digital Product Ideas that people will line up to buy!