Let's say you're an author and you're writing a novel that has the makings of a blockbuster. While you're hesitant to rank it up there with Fifty Shades of Grey, you're confident that your book can become a bestseller. So what's the secret to selling more books, right? Getting that word out to folks who would want to read it. Thousands of new titles are published each year. The writers behind them are just as hopeful. How can you stand out from the crowd?

A great place to start is by writing and distributing online press releases. They'll put your name in front of editors, reviewers, and readers. That's valuable exposure! They'll get indexed in Google, allowing people to find you easily when they search for your name. And once your press releases are indexed, they'll work double-duty by linking to your website.

But there's a lot more they'll do for you. Whether you're penning the next Joy Luck Club or the next The 4 Hour Work Week, online PRs can help you to build your author platform, market your books, and cultivate a legion of rabid fans. Interested? Let's get started!

First, here are some of the more obvious benefits to online press release distribution:

Every news announcement you publish will get indexed. It will also show up on a variety of websites, some of which carry major ranking juice. That means every time someone types in your name at Google they'll find page after page mentioning you. That kind of presence has an effect on the searcher. Suddenly, you're credible. You're worth giving another look.

As an aside, when we talk about publishing news announcements, I'm not saying you should only upload your PRs into your favorite distribution service and hit “send.” You should also be tweeting about them, posting blurbs on your Facebook page, and adding excerpts to your Google+ account. These are great ways to get more mileage from each PR you publish. Additionally, if you have a short list of editors you'd like to reach out to personally, send them a nice email introduction with a link to your published release. Tell them why you think their readers would be interested in what you have to say.

This is an aftereffect of having a huge presence online. More people will be able to find you. I'm not only referring to folks who'll want to read your books. You'll also find yourself getting emails and calls from editors, agents, and various media. Some of them will follow you on Twitter or add you to their circles on Google+. You'll be asked to do interviews, which you can then leverage to promote your books.

Unless you're an introvert, more visibility is a very good thing. It leads to a bigger reputation and ultimately more sales.

Your website is part of your author platform. It's where you connect with readers and editors, letting them know about upcoming events, book signings, and new releases. But suppose no one ever visits.

Now imagine that you've published an online press release about an upcoming book signing. That PR shows up on thousands of websites, each of which now link to your site. Suddenly, you notice a trickle of traffic as folks start following the links. Now imagine you have dozens of press releases, each sending another trickle of folks to your site.

See how the traffic adds up?

Let's now take a look at a couple of potential benefits of press release distribution that are less obvious, but just as powerful for authors.

Your Growing Popularity May Land You An Ongoing Gig

Lots of authors and writers gain such an impressive following that they are asked to write a regular column for major publications. For example, Stephen King once wrote a weekly piece for Entertainment Weekly. Humorist Dave Barry continues to write a column for the Miami Herald. And the men behind Freakonomics wrote a popular weekly for the New York Times.

That type of exposure can lead to a huge boost in book sales. I know several authors who might salivate at the thought of having that kind of an advantage!

You Become The Media's First-Line Expert

Have you ever wondered how some people keep getting tapped for interviews, infomercials, and quotes by the media? It's almost as if they're friends with the editors and producers. I've mentioned this before: that type of exposure doesn't happen by accident. It takes time and hard work. It also takes having a game plan. You need to create a PR system that builds upon itself. It should gain momentum to the point that you become the obvious choice for the media whenever they need an expert.

Ongoing press release distribution should be a major piece of that system. Your PRs will keep your name in front of editors, reviewers, bloggers, and reporters. Invite them to call you whenever they need an author's perspective.

It doesn't take much to make the jump from anonymous writer to celebrated author. Assuming Oprah doesn't have plans to promote your book (yet!), online press releases combined with a growing social media presence may be the best way to get the word out.

Becoming an author has never been easier, especially with the growing popularity of Kindle and other ereaders. Have you thought about writing a book? If so, how would you use online press releases to tell folks about it? And how might you combine those PRs with your social media accounts to further spread the word? Share your ideas in the comments section! 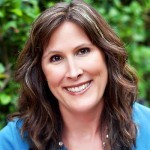 About the Author: Tara Geissinger is an SEO and content marketing expert by day and triplet mom by night. As Co-Owner of the online visibility firm, SEO Content Solutions, and online press release distribution firm, Online PR Media, Tara has helped thousands of businesses get more visibility online. From helping Macy's optimize their product descriptions to working behind-the-scenes with some of the largest SEO and marketing firms in the world, she is one of the best kept secrets in the online marketing niche.

Wonderful tips. I’ll be trying my hands on these and hopefully i’ll be able to secure an interview 🙂

Let us know how it goes?

I used to be suggested this website by way of my cousin. I am not positive whether this publish is written by way of him as nobody else know such designated about my problem. You’re incredible! Thanks!