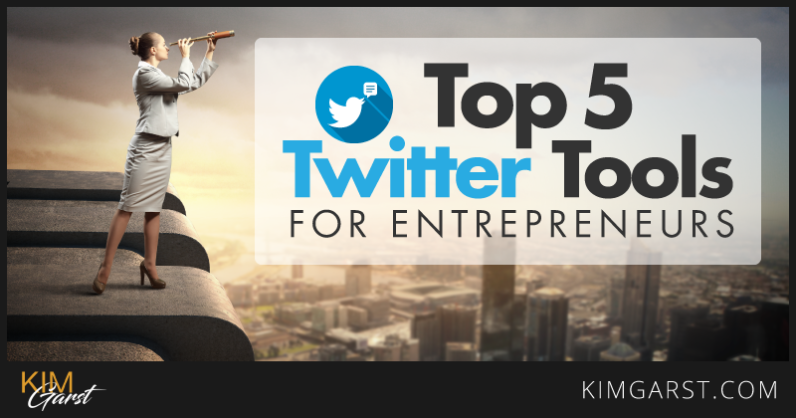 I've been a huge fan of Twitter for years and though I'm on all the major social platforms and I drive business on all of them, if I had to put my finger on one social platform that has probably impacted my business more than any other, it would have to be Twitter.

In my years of using Twitter I have come across a lot of different Twitter tools, have tested many of them and narrowed them all down to my top 5 Twitter tools for entrepreneurs that I use on a regular basis.

Manageflitter is my number one resource for growing my Twitter following. This web-based tool allows me to set a variety of filters so I can automatically follow only the people who I think would be interested in what I have to offer and would find value from the things I tweet. I'm not about getting followers for followers sake but am truly interested in building a community of like-minded people who might ultimately turn into buyers.

One of the things I do routinely is clean up my followers by unfollowing the people who didn’t follow me back within a reasonable amount of time. ManageFlitter helps me do that through another set of unfollow filters which runs without me having to do anything!

So if you are looking for a tool that can help increase your Twitter growth in a systematic and automatic way then I encourage you to give ManageFlitter a try. They have a free version and a paid version, but even the paid version is very inexpensive. 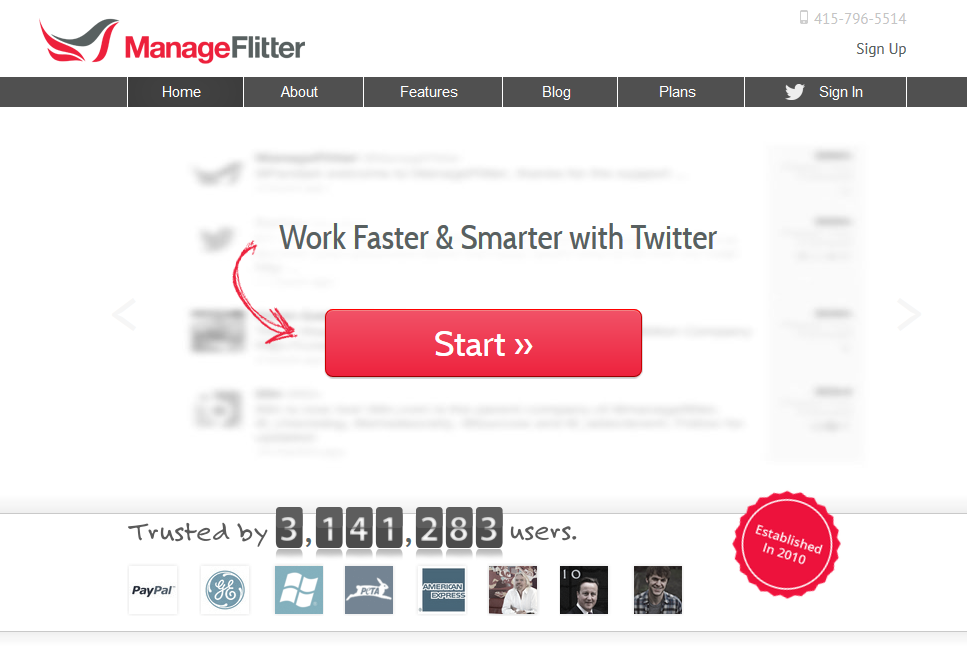 I would also like to give an honorable mention to Social Quant. It's very similar to ManageFlitter but some of the functionality is different. Social Quant is a little bit more expensive and is fairly new to the scene but people are getting great results with it.

So if you are not familiar Social Quant, I highly recommend checking them out as an alternative.

Next, if you're getting followers and you're starting your management and engagement process, what do you use? What tool? Well, I actually have a couple of Twitter tools to recommend.

I have used hootsuite for years and I love that it isn't just a management tool, it has a lot of different functionalities that I have used it for over the years. I have used it as a social listening tool and as a way to to manage my lists.

I also love that they have a free version or a Pro version that is only $9 a month. So for those who have small budgets or no budgets at all, Hootsuite would be a very good option for you.

And for those that don't want to be tied to the computer, they have a mobile app. 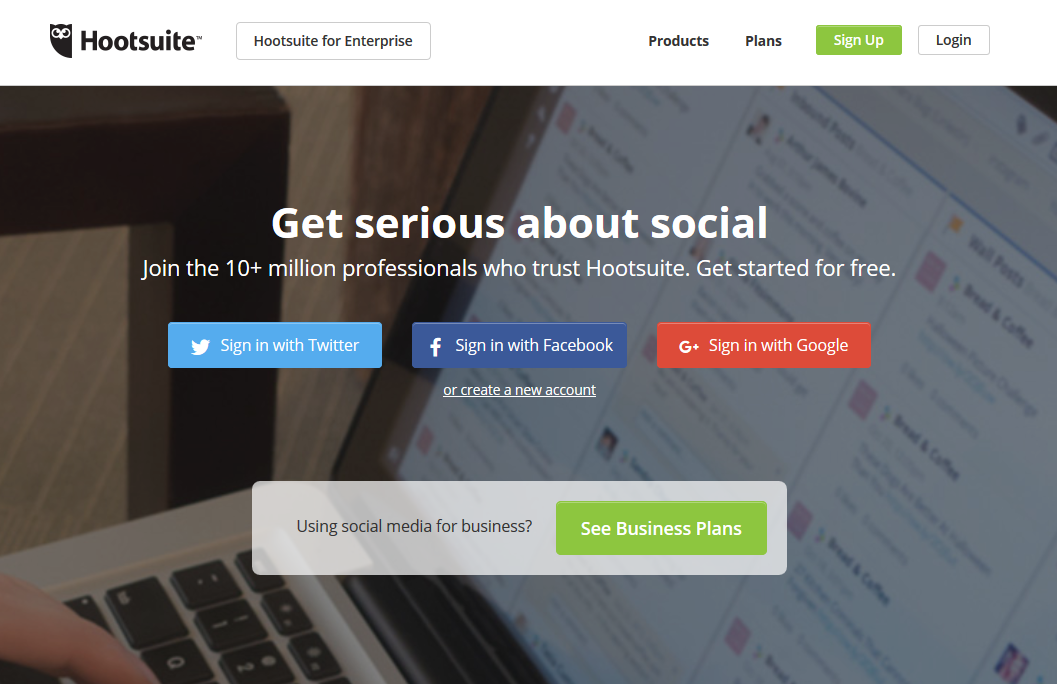 Something that I have been testing recently that I'm really, really liking is a platform called AgoraPulse. It's a management tool that allows you to engage, connect and manage your conversations all from one place.

Honestly, what I really like about AgoraPulse is their mobile app. The app makes it much simpler for me to connect and engage with people even when I'm not in the office or at a computer.

Who has time to sit around all day and tweet? I am personally of the opinion that there is not enough time on God’s green earth to do all what that we need to do in the social space and still get results if we don’t automate some things. However, I am not a big proponent of automating your voice in the sense of sending a blanket auto tweet or DM like, “Hey thanks for following me.”

Now, I will warn you, it's not very intuitive and it is not pretty but it flat out works.

The queue feature is what I really love about it. So, for instance, you can create a number of different Twitter queues for various promotions, content, graphics, etc. One of my queues is full of my blog content. I can set how frequently I want the content tweeted, a start and stop date, and whether I want tweets to go back into the bottom of the queue and cycle back through. You can also continually build on your queues by adding new tweets. 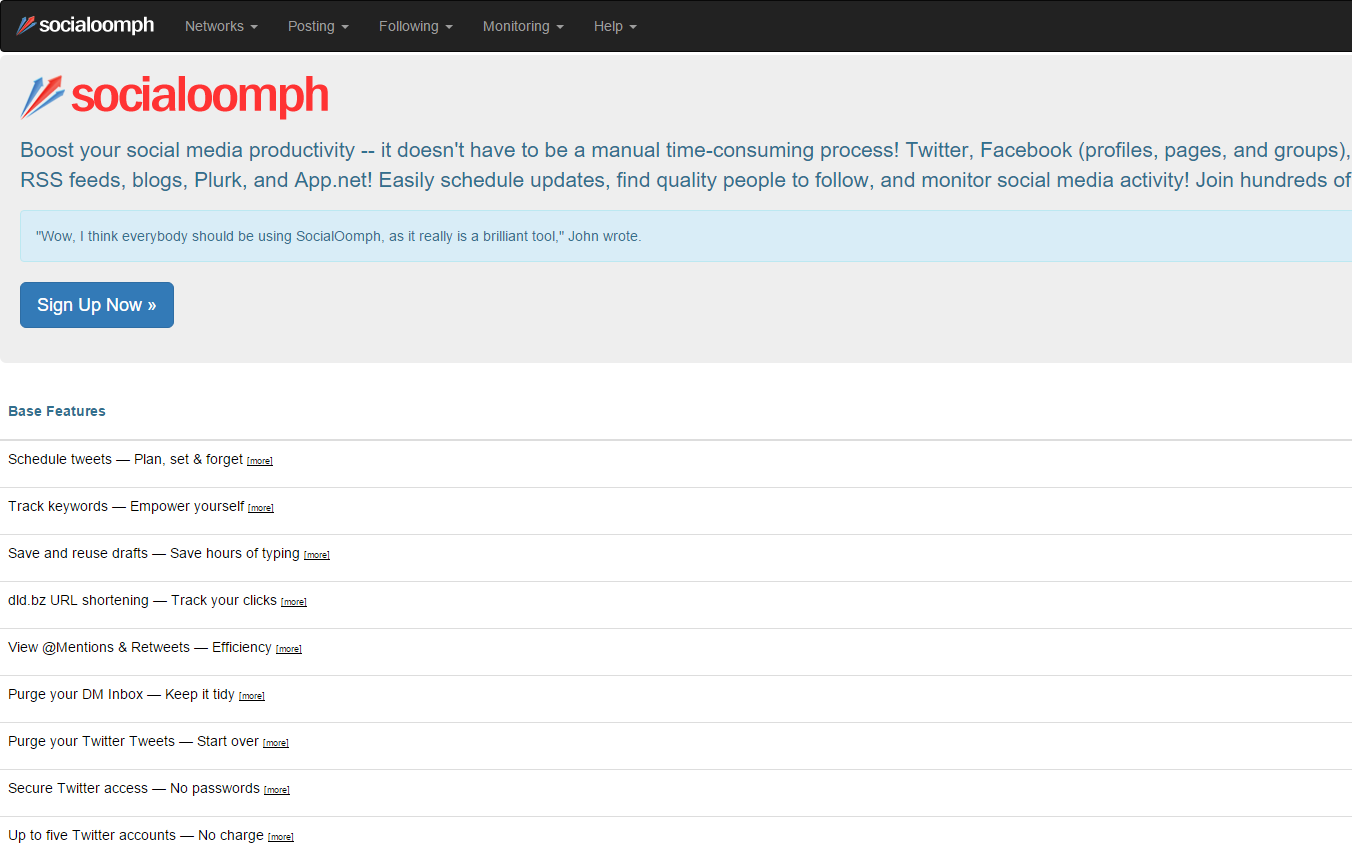 Let’s say though that you don’t have a bunch of your own content or you have some content but you're just getting started and you don’t have a lot of money to sink into tools. Tweet Jukebox is pretty clever option that allows you to set up content buckets that are automatically tweeted out at times that you determine.

This is perfect for those of you who don’t have a ton of content already. With Tweet Jukebox you can actually tap into other people’s buckets as long as they have made them public.

Let's say, for example, that you want to share inspirational and motivational quotes but don't have any of this content already in hand. You can use content that has already been put into buckets on Tweet Jukebox and share it on your social accounts! What a time saver, right?

You can also do the same with blog content. If you're in the social media space (I'm sure other niches are the same) and you see a folder on Tweet Jukebox that has social media content in it, then you can share that to your Twitter followers.

One of the things that we are up against on Twitter is the 140 character limit. However, if you have a long URL (which is usually what happens for blog posts) then that URL takes up about a hundred of your characters and you are only left with 40!

That's where Bitly comes in. Bitly is a url or link shortener. You simply copy and paste your URL into Bitly and it gives you a shorted 14-character link (if you don't use the http:// at the front side of it) that redirects to the original link. Bitly also has an option to customize the links as long as you sign up for one of their free accounts.

Another benefit to creating an account are for the analytics. You will be able to see how many people clicked on the link, where they came from and more. There’s a lot of great info inside of Bitly. 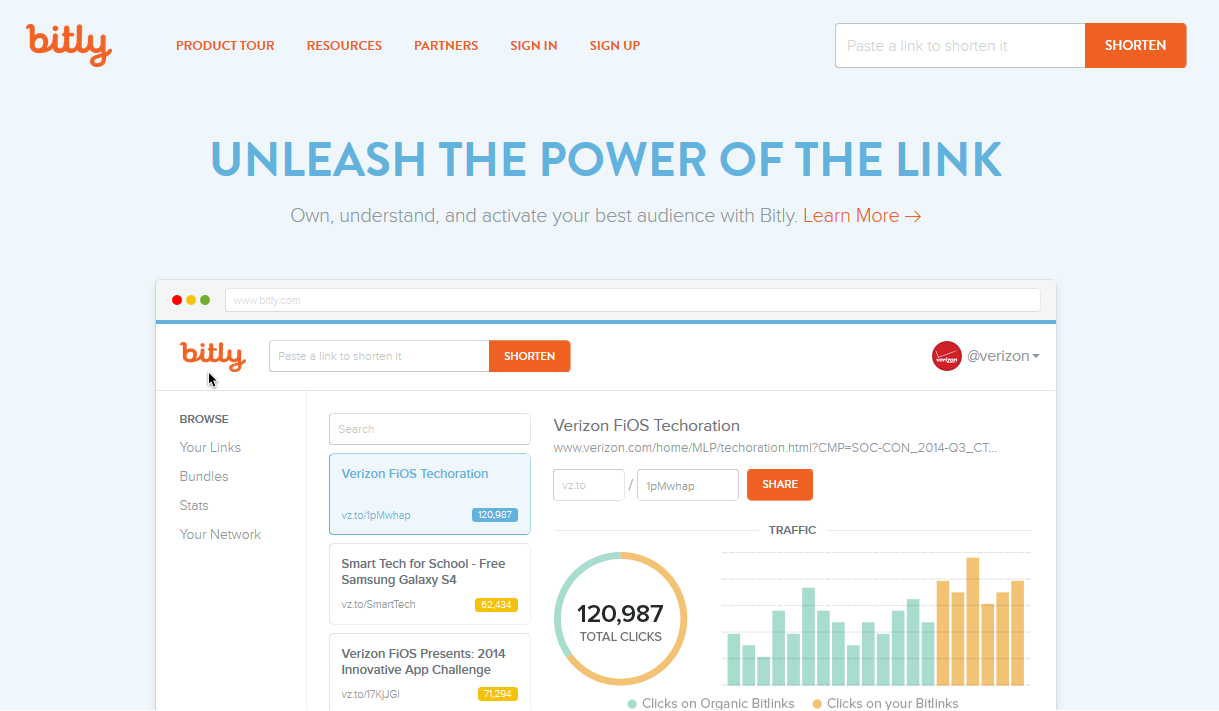 Have you ever been on a blog that has a little box  with verbiage inside and a “Click to Tweet” button? That is the Tweet This (or similar) plugin! It is made specifically for WordPress so if your blog is on the WordPress platform then I would highly suggest that you install Tweet This and start using it in your blog content.

How does it work? When a visitor comes to your blog, they would click on the “Click to Tweet” button and out pops a window with the verbiage that was in the box on the blog. Once the reader shares it, that tweet is instantly posted over on their Twitter account and links back to the original blog post. Instant traffic driver!

Here is a secret tool that will help increase Twitter traffic by 25% or more!

The great part about the Tweet This plugin is that is has probably increased my traffic by about 25%. This is an amazing little plugin and it has true business value to us in the sense that you're driving traffic back to your blog through social media.

And there they are! My top 5 Twitter tools for entrepreneurs. I hope it was even more helpful to break then down into different categories.

Do you have any other Twitter tools that you can't live without? I would love to hear about them below!

Glad this was helpful for you, Edmore!

Glad it was helpful to you!

I haven’t heard of Statusbrew but plan to check it out. Thanks Patrick!

I’ve personally found whounfollowedme.site to be cheaper and it has a nicer interface with a lot of the same features.

All these tools are really informative and helpful. One more tool you should consider in your post.

Kim: TweetThis seems to be out of use, also.