What is a Native Ad And Why Marketers Should Use Them 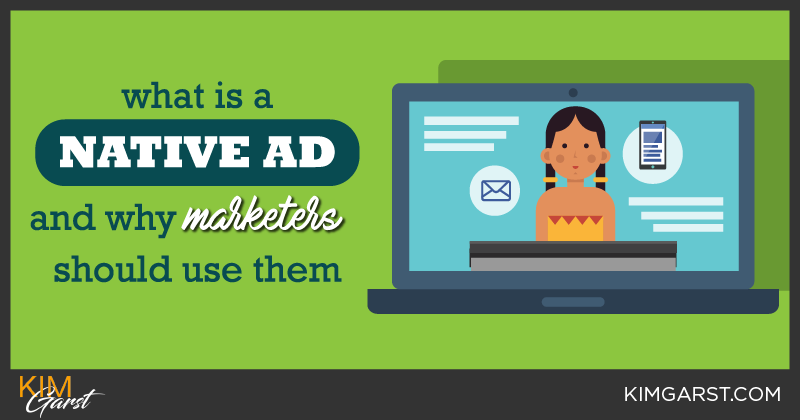 Whether you have heard of native ads or not, you have come across them – probably more often than you think.

When most people think of advertising, the first things that come to mind are commercials and standard banner ads. But if you’ve used either of these formats in recent years, you probably already know they’re not nearly as effective as they once were.

Now more than ever, consumers and website visitors are – whether consciously or unconsciously – tuning out most of the commercials and banner ads they are subjected to. With ‘banner blindness’ becoming more prevalent every year, marketers are continually looking for more effective ways of getting their message heard and getting their brand noticed by their target market.

Native ads, sometimes referred to as advertorials, are ads that are consistent with the form and feel of the site on which they’re placed. Rather than being separate from a site’s content, they are the site’s content.

One way to think of native ads is that they fall somewhere on the spectrum between banner ads and regular content.

Some examples of native advertising include:

In each of these cases, the ad is in-line with the content of the site, and attempts to be extremely relevant to what searchers, users or visitors are using the site for in the first place. This means native ads, when done right, can do a far better job of providing value than traditional banner ads.

Native ads can be found on most major websites these days, including Huffington Post, Forbes, the Wall Street Journal and on popular viral content sites like Buzz Feed.

As you can see from the examples above, native ads are worked seamlessly into the existing content and framework of the sites; and visitors are more likely to click on them, not only because the ads are in their line of sight, but also because the topic of the content is in line with what publishers know their readers are already interested in.

Why Use Native Ads

Publishers and marketers are learning that providing true value – as opposed to continuing to rely on interruption marketing – is the way forward for brands and businesses when it comes to advertising.

Because of the more integrated, relevant nature of native ads, it’s not surprising that they tend to outperform standard display ads. Recent research done by Sharethrough* shows just how much more effective native advertising can be. Using surveys and eye-tracking technology, they made the following discoveries:

*Sharethrough is an in-feed advertising exchange, so their results are likely to be somewhat skewed. But interesting findings to chew on, nonetheless.

According to the Interactive Advertising Bureau (IAB), native advertising is only going to become more popular as publishers realize the benefits – both to themselves and to their audience.

Have you ever used native ads? Or do you have any plans to incorporate native advertising into your marketing strategy?