Before you panic, this is NOT a post about the intricacies of split testing. It IS a simple formula you can use to improve the performance of your Facebook Ads and anyone can do it. In fact, just to make sure you understand just how quick and easy this is to do, I am officially calling it The Easy Breezy Facebook Ads Split Test Formula.

What is a Split Test (and why should you care?)

Before I tell you how to use the formula I want to make sure you understand what a split test is. Split testing is just a process where you give a group of people choices and they tell you which one they like better. Here is a quick example. Say you are going out to dinner with your husband or wife and they come to you with two shirts and ask you, as they hold one up first and then the other, “Which of these do you like best, this one…or…this one?”. You tell them which you like better and they wear that one to dinner. That’s a split test with an audience of one and two choices. Make sense?

Well with Facebook Ads there are far more choices and the groups get much bigger. You can split test different target audiences, landing pages, device placements, times, locations and on and on. In fact, it can be so overwhelming that most people instead choose to do nothing.

The problem is that split testing works! By “works” I mean, it can seriously improve the performance of your ads.

There are several factors that influence how well a Facebook Ad performs, but by far the one with the greatest impact is the graphic.

Check out these results from 4 different Facebook Ads. The ads are identical besides one thing, we used a different graphic for each. The cost per conversion using image #3 was $1.10 each while the cost using image #1 was $1.71 each, 55% higher!

The good news is Facebook also understands what a big difference the graphic makes on the performance of the ad and has made it easy for you to upload multiple images to split test against each other. To use this fabulous tool simply hit the “+ Upload Images” button when you are working on your “ad creative” and you can add up to 6 images to split-test against each other.

Even cooler, Facebook will run the split test for you and start moving more of your traffic to the ad with the graphic that performs the best. The result is dramatically lower conversion costs.

After the graphic, I have found that the ad headline is the place where I get the next biggest difference in ad performance. This Facebook Ad saw a 23% reduction in cost per conversion when I split tested the headlines to find out that people wanted to “Dominate Hastagging!” more than they wanted to “Learn How to Hashtag.” 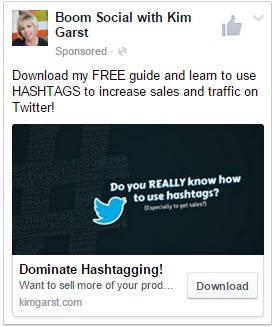 It took me exactly 10 minutes to build six different ads and start the split testing.

Here is how you do it.

From Facebook Ads Manager, click on the campaign you want to work on and then on the ad set you will be working on. You’ll get a screen with all 6 of the ads you split tested earlier.

Click on the ad with the graphic that performed the best for you. If you want you can toggle off the other under-performing ads in the ad set at this time too. 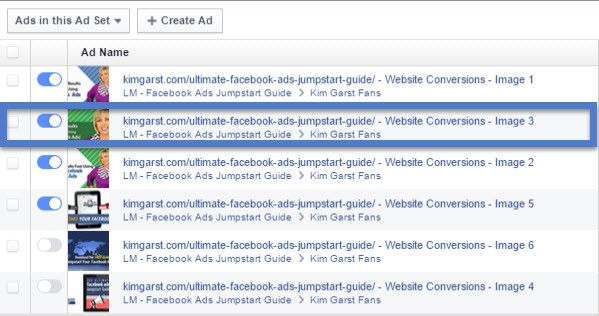 Facebook will open up that ad. In the top right-hand corner click the ++ button to create another EXACT copy of the ad. 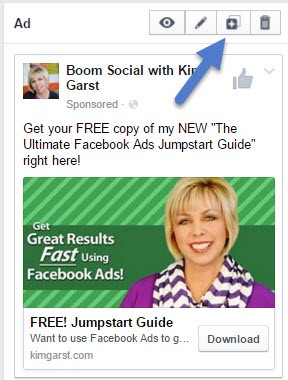 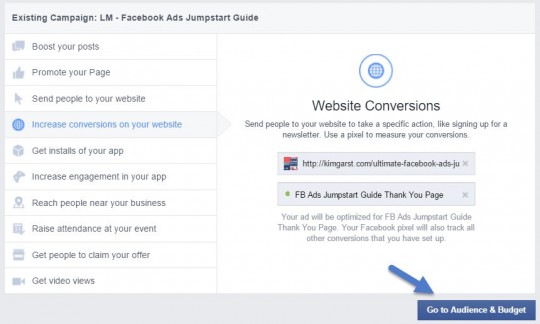 Just click the “Go to Audience & Budget” button. That will give you a screen that looks like this: 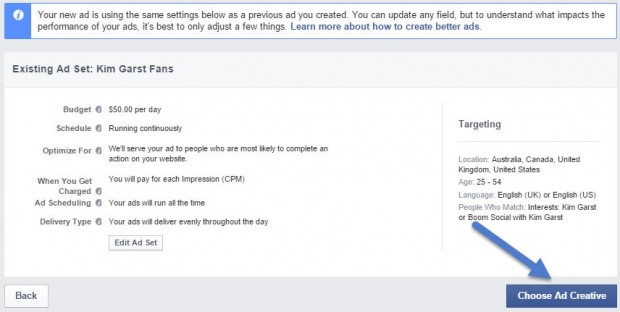 Just click the “Choose Ad Creative” button. All we are trying to do is get to the section of the ad where we can change the headline. You will get a screen that looks like this: 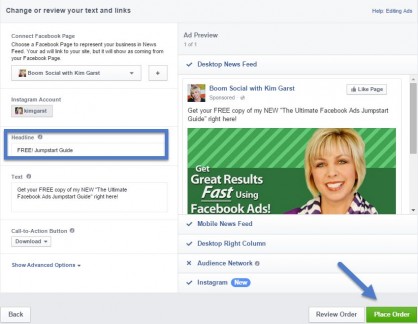 Bingo! Now just change the headline to something else you think your target audience might like and hit the “Place Order” button.

Congratulations! You just created another ad, placed it in the same ad set and are now split testing it against the same top-performing ad but with the different headline.

Just hit “Create Similar Ad” and you can do it again! I test 6 headlines against each other and usually get a 20%+ improvement from the original headline I used.

Facebook wants your ads to perform well. If they do they know you will continue to spend your advertising money with them. They access to and control over who in your audience see which of your ads. As they start getting results in they begin moving more traffic to the version of the ads that is performing the best. They then start serving your ads to people with the same characteristics as the people that engaged with the ad. This process is called optimization.

All we are doing is providing them with multiple graphics and headlines to run their optimization process on.

Think about the results. We increased the ad performance more than 50% just by changing the graphic. That give us the best one of the 6 ad configurations. We then took that “winner” and ran six versions of it each with the same graphic and a different headline. The result was another even bigger “winner” that reduced conversion cost another 20% and gave us the best combination of 6 graphics with 6 headlines, or the best 1 of 36 possible combinations.

Getting your graphic and your copy right are just two of the SEVEN components of building high-performing Facebook Ads. If you would like help with the other 5, or just want to learn our very simple recipe for writing Facebook ads, you are going to want to check out this related post: “The Facebook Ads Recipe – 7 Ingredients for Building Great Facebook Ads”. 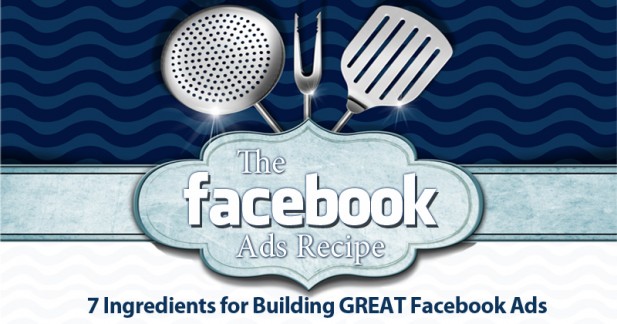 So, do you agree that you now have and can start using “The Easy Breezy Facebook Ads Split Test Formula”? I would love to hear your thoughts, results and other ways you split test Facebook Ads in the comments section below.

Kim, Great post. I’ll be sharing it in my Facebook Group. Split testing is something that I want to use more of and the carousel is a beast.