The opportunity to collaborate with brands and get paid to do so is incredibly rich right now.

In the past, brands were reaching out and working almost exclusively with influencers who had large followings…those with 500,000 to 1 million+ followers. 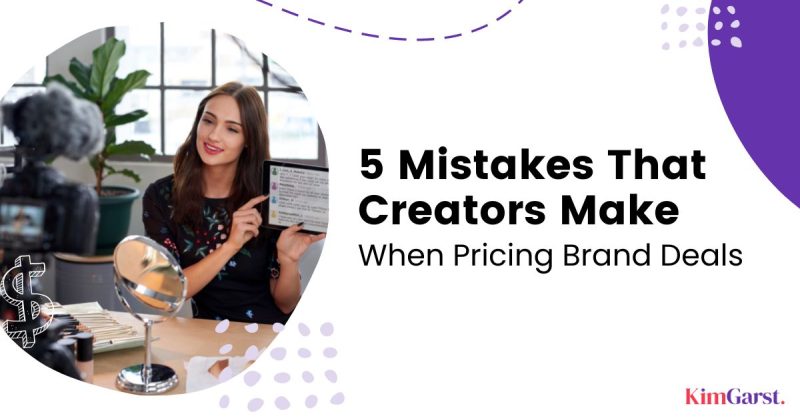 The truth is that this has changed and is no longer the case. Brands are actively searching for creators who have small connected communities.

What is a Nano-Influencer?

By small, I am referring to what many call a nano influencer. This is someone with 1,000-10,000 followers. They have become the most sought after influencer for brand collaborations because they usually have very niche specific content and highly engaged communities.

They have become a secret little marketing weapon for brands because the higher the engagement, the more connected the community is to the influencer which, generally speaking, increases the conversion rates. Over the past year, 90% of brands have used influencer marketing and 76% of them are using nano-influencers.

Over the past year, 90% of brands have used influencer marketing and 76% of them are using nano-influencers.Click To Tweet

1. No Agreed Upon Goal 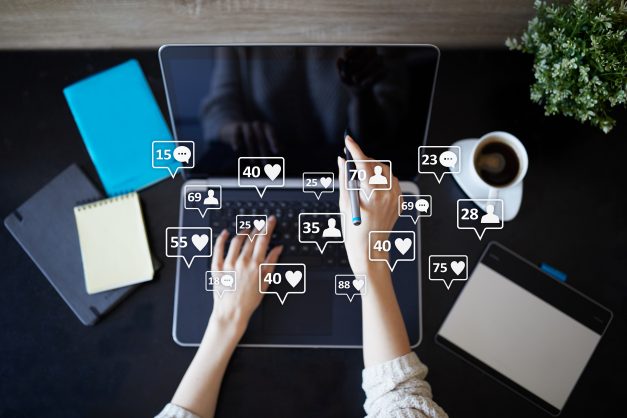 This one is probably the biggest one. When you are negotiating a brand deal, you have to establish what their end goal is and recommend the right type of campaign to help them achieve that goal. Don’t get started if you don't know what they want out of the collaboration. I have made this mistake multiple times. Frankly, sometimes they don't know what they want out of the deal either. This is especially true if they are just getting started working with brand influencers. This is why having a working knowledge of the types of campaigns you can run is important.

The goal of the brand is to drive a specific action. This could be sales, an app download, free trial, etc. If I am going to do an influencer campaign with a SAAS tool, for example, and I know they want signups, one of the best ways that I have found to drive conversions is to demo the tool and share ways that THEY can use the tool. This sparks their creative juices and they go sign up for the tool!

If I was to take that same scenario where it's a SAAS tool and I put it in a listicle aka, a blog like “10 Top Tools for Creating Short Videos that ROCK”, that's gonna be a longer play.

Content comes in many forms. It could be a blog, a video series, social media posts, or even an Instagram takeover. The average YouTube video sometimes takes, two to three, or even six months to gain some traction. Plus, a blog is something that gets intermittent traffic through search results or direct promotion.

For example, if a brand wants you to create a blog or they want you to create a video series, these types of content are what I refer to as the”long play” and you have to be able to explain that to the brand.

Repurposing content is also very popular with brands. How can you take that one piece of original content and turn it into multiple pieces of content?

HINT: This is one way to charge more for your influence! 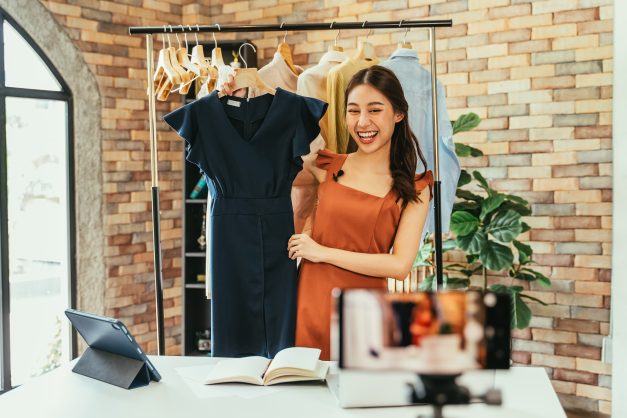 So, if a brand comes to you and they say, “Yeah, we just want some brand awareness.” What is brand awareness exactly? It's basically building name recognition, getting their name out in front of an audience of people that they feel is their person.

I have found that in many cases, the brand is lying when they say all they want is brand awareness. They don’t necessarily mean to fib about their goal, but many brands I have worked with over the years that wanted brand awareness have expressed disappointment that they didn’t get more sales.

The only time that I've worked with a brand that told me they wanted brand awareness and that’s really all they wanted was, Asus Computer. Asus reached out and offered me their new laptop in exchange for a review.


My response to Asus was, “Absolutely. I would love to review your laptop and here are my rates.” I got the free laptop (which I love, by the way) and I also got paid to share their new laptop with my community.

The gig with ASUS was pure brand awareness simply because they sell through retailers. So, there was no conversion mechanism in place for them to be able to track how many people might have bought this computer because I said it was awesome.

This is why the goal of the campaign has to be spelled out!  You have to be totally connected to what the goal set is for them and be knowledgeable enough to set the appropriate expectations for them. 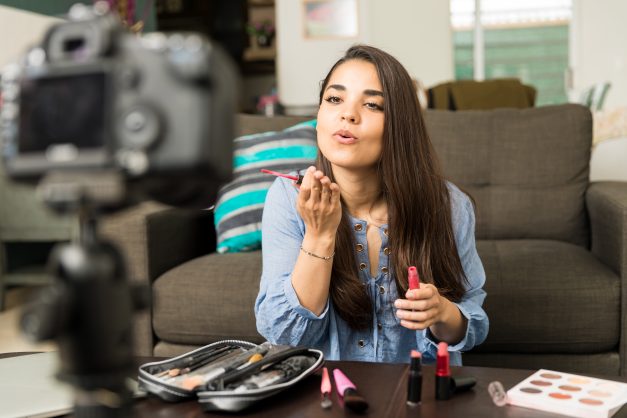 Mistake number two is undervaluing yourself as a creator, or you could also potentially even say competing against yourself. I see this all the time in service based businesses, where they say something like, :I usually charge this much, but since it's “you”, I will charge this much”, which is always lower than their rate.

If you don’t value your time and talents, neither will anyone else.

Your response, “Here’s my rate sheet.”

And, then you shut up.

Don’t talk yourself down to get the gig.

If a brand says, “Wow, that's a lot” or “our budget isn’t that large”, then maybe you aren’t their influencer. The key is to not devalue yourself because that's a technique on their side too. They're trying to get the best deal that they can and you can’t blame them for that.

But, you have to protect yourself. You have to decide what your rates are going to be. Provide your rates and then you let them decide whether or not they can pay it.

You are worth it. 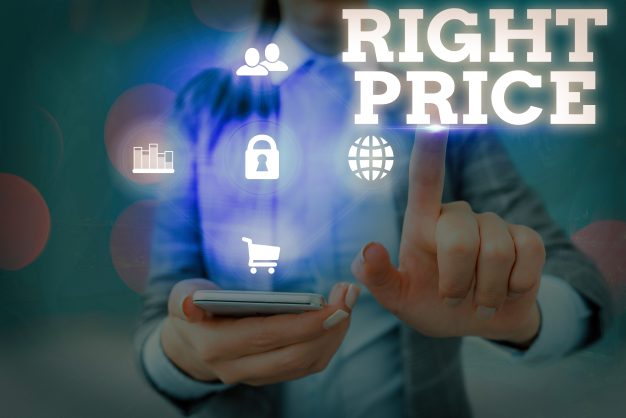 Mistake number three is what I refer to as no D.U.E. in the pricing structure.

When you are working with a brand and pricing brand deals, you have to make sure that you and the brand knows what you are delivering. This is referred to as deliverables.

What does the brand want from you? You have to make sure that it’s spelled out from the goal to the deliverables. Is it two Instagram posts, a blog post, or a video series? You have to know what it is and put it in your contract with specificity.

Usage rights define who owns the content, where it can be used and for how long. I see a lot of people not addressing this, but it is also super important.

Both you and the brand need to be on the same page as you do your pricing for brand deals so that there are no future misunderstandings.

I once worked with one brand that had a 5 year exclusivity clause in their contract.  This meant that, if I had signed, I would not be able to discuss or collaborate with any competitor of theirs for 5 years.

In this particular instance, it was a video tool and since new and amazing video tools pop up all the time and I love sharing the best and most current tool, I couldn’t agree to that. What if a better tool comes out in say, six months, a year, two years, and I couldn’t  tell my community about it because I'm locked into an exclusivity clause?

So, pay close attention to this. You don’t want to let a brand lock you down with an unrealistic exclusivity clause.

4. Not Establishing the Deliverables BEFORE Quoting Price 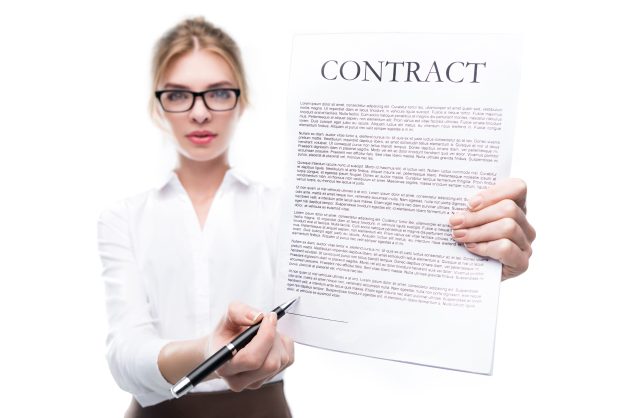 The fourth mistake I see content creators making with brand deals is not establishing the deliverables before pricing brand deals or letting the brand slide additional things in after the pricing is agreed upon.

I have had many brands come back after the deliverables and pricing have been agreed upon, and sometimes the contract is already signed, asking for additional things!  They may say “We didn't think about this. Can you do this too”? And the assumption is that you'll just add on to the deliverables and you won't charge 'em for it.

A lot of influencers probably let brands “add things” to the deal afterward because they may think, oh, that's not that much more. Sure, I'll just do that.

Don’t fall for that…if they come back and want “more” after the initial deliverables have been decided and priced out, then go back to your rate sheet and let them know the price for the additional things they want.

5. Not Offering a Bundle Price

The next and last mistake is not offering a bundle price. This strategy is an age old one because it taps into a psychological buying trigger. 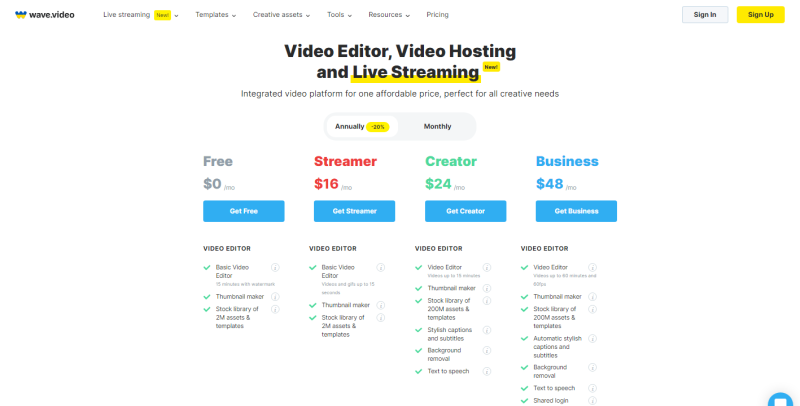 If you've ever gone to a website that is selling an online tool, perhaps a video tool like wave.video, there are almost always 3 different packages with more “bundled” into the higher tier package.

There's the cheapest tier. There's a mid tier. And, then there's the highest tier. From a psychological buying perspective, most people will choose the middle one. This is also true when working with brands. So, it’s important to have some sort of a bundle pricing model or different packages established. The one you want them to choose at the mid-tier level, because odds are, they will choose that one.

Going back to my Asus example that I shared above, I offered them an incentive bundle that I positioned as great value for them that they hadn’t even thought of. I said, if you choose the top bundle then I will also broadcast the review LIVE on Amazon. They were super thrilled with this concept and I was able to charge a higher price because they really wanted the Amazon LIVE review.

If you're a creator, you already have the thing that a brand wants…an audience of potential buyers. All you have to do is position it, reach out and you are in business.